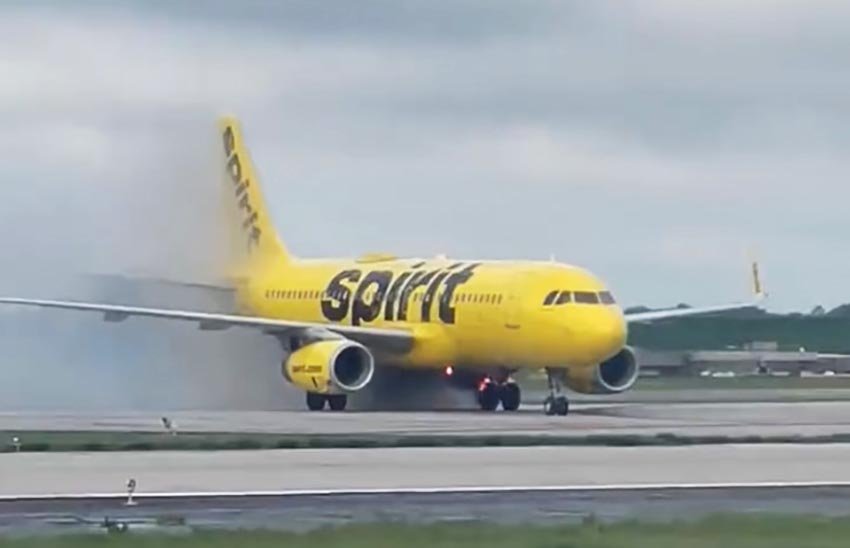 Passengers aboard a Spirit Airlines flight from Tampa to Atlanta Sunday morning are safe after the plane caught fire during the landing, airport officials said.

At 9:25 am today, brakes in the landing gear of Spirit Airlines flight 383 from Tampa ignited. Fire Rescue put out the fire and the aircraft was towed to gate D2 where passengers disembarked. There were no injuries reported and operations have not been impacted.

Video shows flames and smoke coming from underneath Spirit Airlines flight A320 after it landed at Hartsfield-Jackson Atlanta International Airport.

Another video taken from inside the plane shows passengers seated and standing wondering what is happening. Flight attendants can be heard on the plane’s loudspeaker instructing passengers that they do not need to evacuate and to remain in their seats.