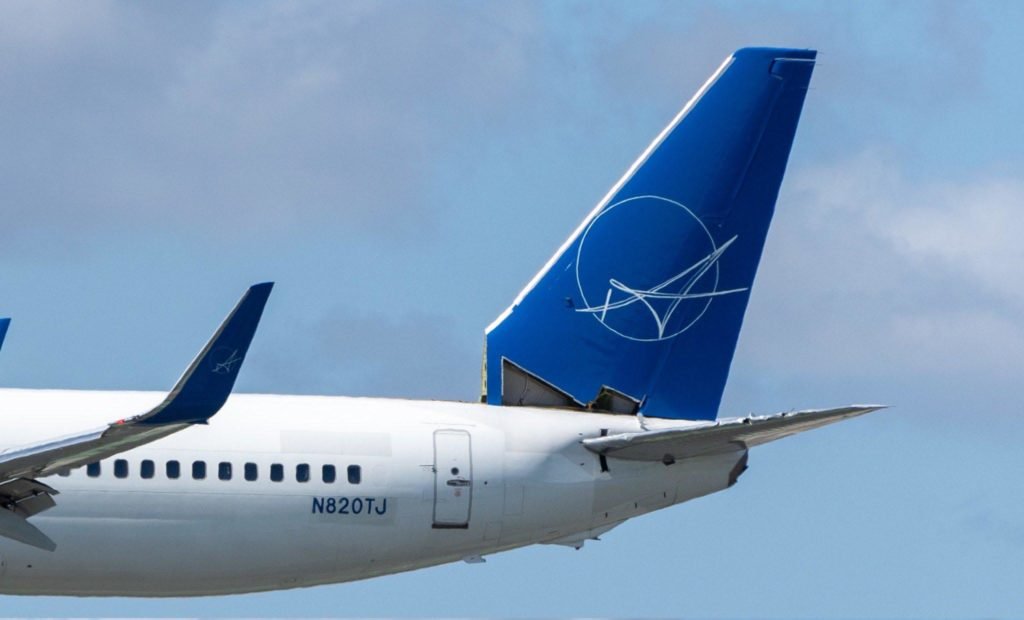 A Boeing 737-800 was spotted landing with missing part.

A Swift Air Boeing 737-800 was spotted landing with missing part of its vertical stabilizer missing at San Diego International Airport.

The plane was spotted by Doug Kempf on May 19th who psted his photo on Twitter.

N820TJ Boeing 737-8Q8 operating as Swift Air/iAero Airways SWQ3518 landing KSAN runway 27 on 19 May 2020. I would have discarded this photo except for the tail. Evidently it is airworthy. #avgeek #planespotting pic.twitter.com/Tnfk7osdF8