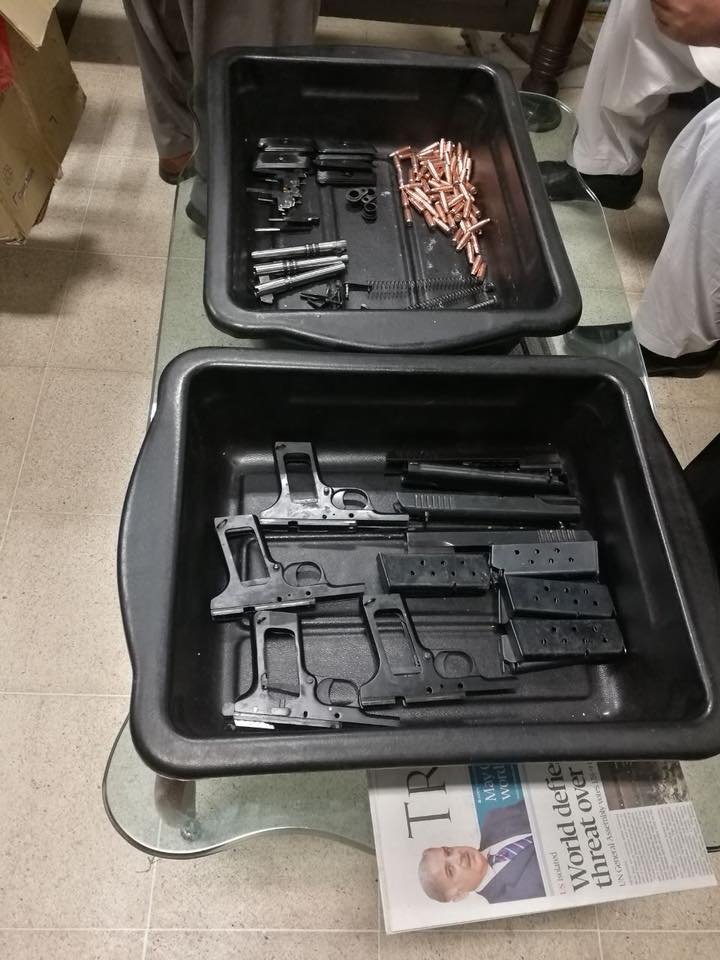 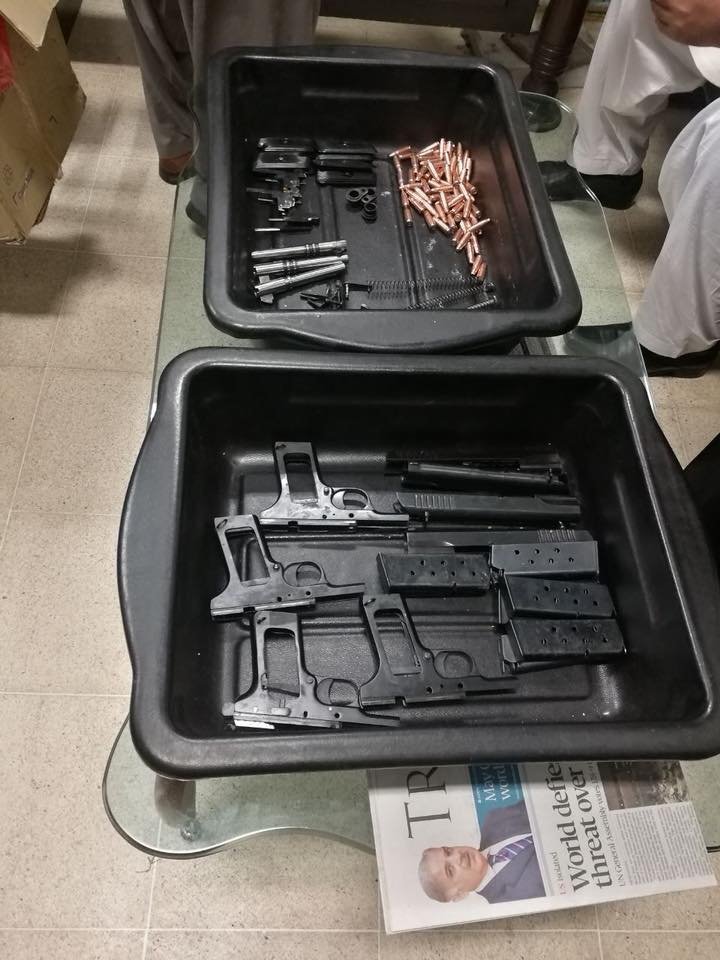 A Malaysian was arrested late Friday at Jinnah International Airport, Karachi, for trying to smuggle firearms and ammunition in his luggage, the Airport Security Force (ASF) told Arab News on Saturday.

Al Muhd Alfie Kqhyriel, 20, was arrested by the ASF as he was travelling to Kuala Lumpur via Bangkok from Karachi on Thai Airways flight #TG342. 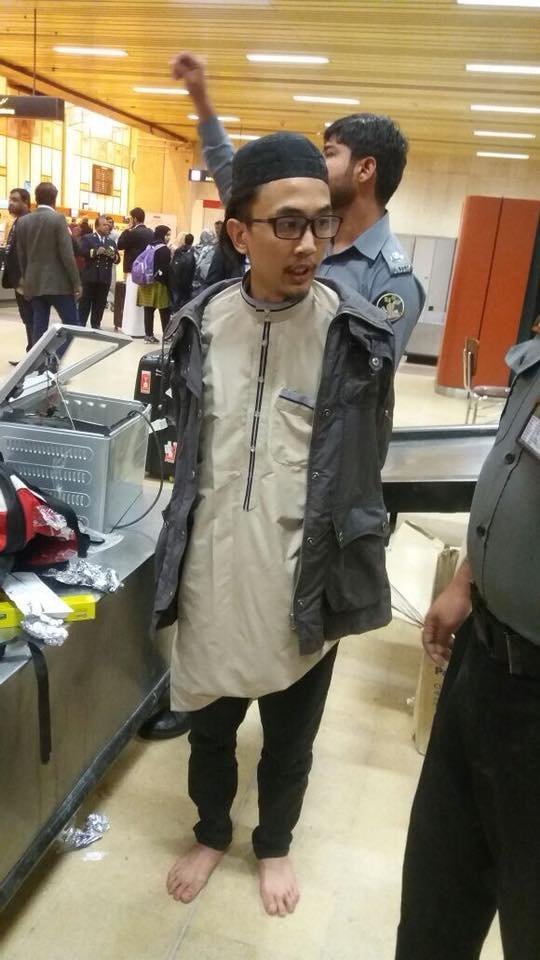 He was handed over to intelligence agencies after a preliminary investigation, the ASF said, adding that he was taken in for questioning to ascertain if he had links with any terrorist outfit.

“The involvement of terrorist groups can’t be completely ruled out,” said an ASF spokesman. “Further investigations will disclose the motives and people connected with the Malaysian youth.” 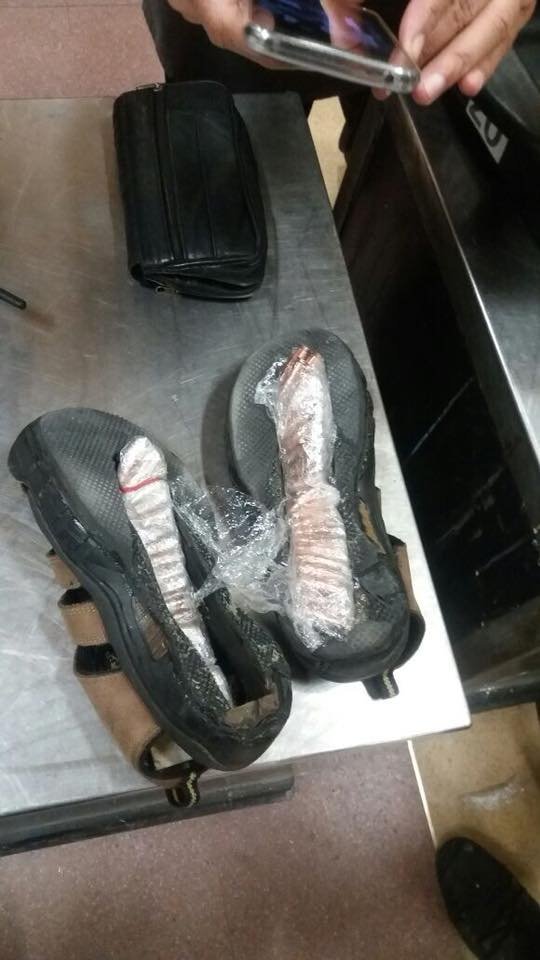 The ASF found four pistols and four magazines in his luggage, and 70 rounds of ammunition were found concealed in the soles of his shoes.

It was the first visit to Pakistan by Kqhyriel, who arrived in Karachi a week ago, the ASF said. Officials said it is not sure that he had planned a hijacking as the firearms were going in cargo.