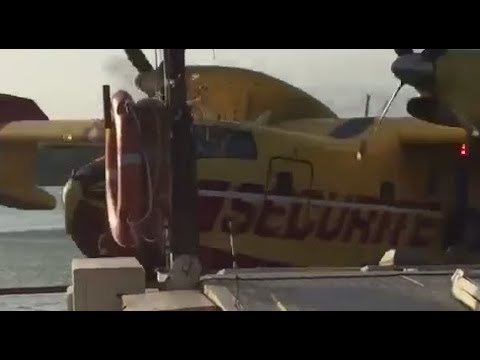 The barge of Australian tourists has been hit by French water bomber.

The incident took place on August 27 near Nimes, in France. Three water bombers were scooping in the Rhône river, at harbor of Vallabregues.

A Canadair CL-415 (reg. F-ZBF) has hit a barge without real explanation. It’s unclear if the pilot flew too close to the harbor but the barge was at dock.

No injuries were reported but the plane returned to its airbase. An investigation is in progress.

The water bombers were fighting a fire at Collias, about 20 km from there.