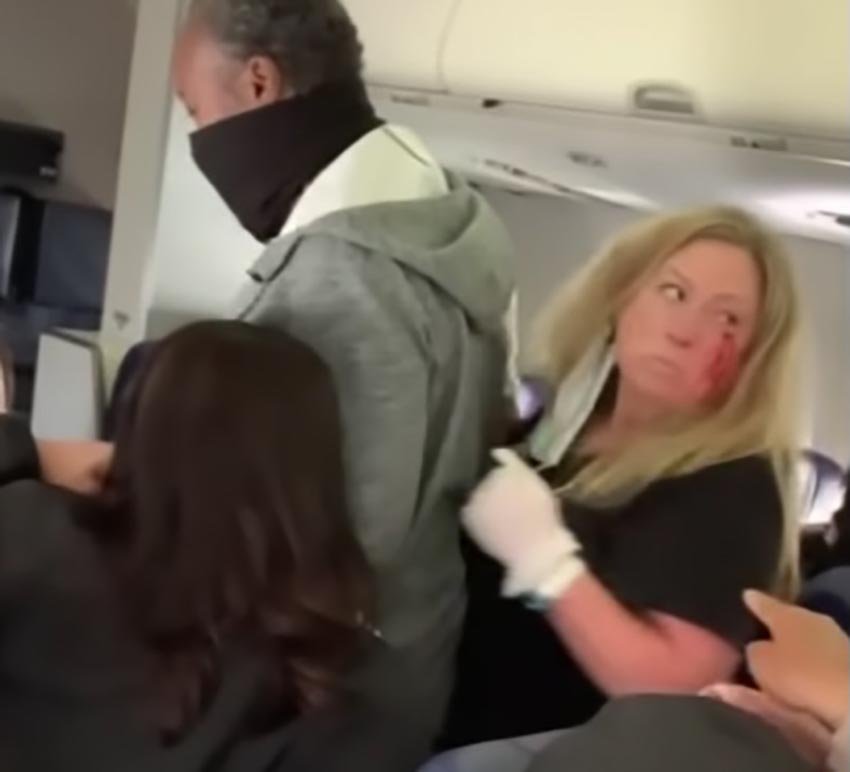 A woman caught on video punching a flight attendant on a San Diego-bound flight last year will spend up to 15 months in federal custody and pay nearly $26,000 in restitution for the attack, a judge ruled Friday.

Vyvianna Quinonez’s sentence came almost a year to the date after she swung wildly at the Southwest Airlines employee on a flight from Sacramento to San Diego.

The then-28-year-old grabbed the flight attendant by the hair and punched her in the head and face, leaving the victim with three chipped teeth and a battered eye that required stitches, according to prosecutors.

It all started with an argument between Quinonez and multiple Southwest employees during the flight’s descent on May 23, 2021.

Airline officials say Quinonez refused to properly wear a face mask, put on her seat belt or put up her tray table, bickering with flight attendants when they asked her to comply with federal regulations. She shouted profanities and started filming one of the attendants on her phone before standing up and shoving the other woman.

Video shows several passengers grab at Quinonez, eventually helping break up the fight, but not before the passenger pummeled the flight attendant. In December of last year, Quinonez pleaded guilty to interfering with flight crew members and admitted assaulting the other woman.