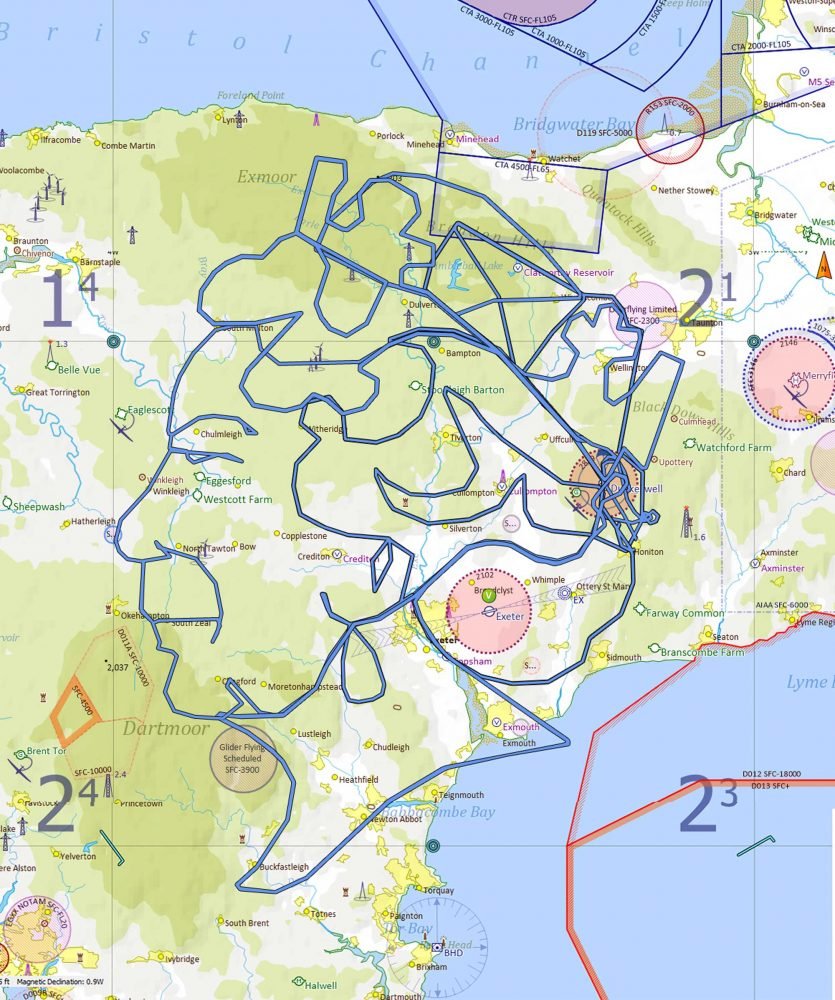 Six aircraft and 12 crew members from Henstridge, Somerset have completed a GPS portrait of Her Majesty the Queen in celebration of her Platinum Jubilee.

More than 365 separate headings and six sections were flown across the south-west of England by the team, code-named ‘Art Force 1’.

“None of them had any idea what the final image would look like,” said Amy. “Each team was given a small, unrecognisable chunk which, when flown, recorded on SkyDemon and sent back would be stitched together digitally to form the final image.”

The only rules for each flight were to take a passenger (pilot or non-pilot) as lookout due to the intense workload involved. The flight could be completed at the pilot’s own leisure at a time and weather condition to suit them.

Find more details on this project at flyer.co.uk