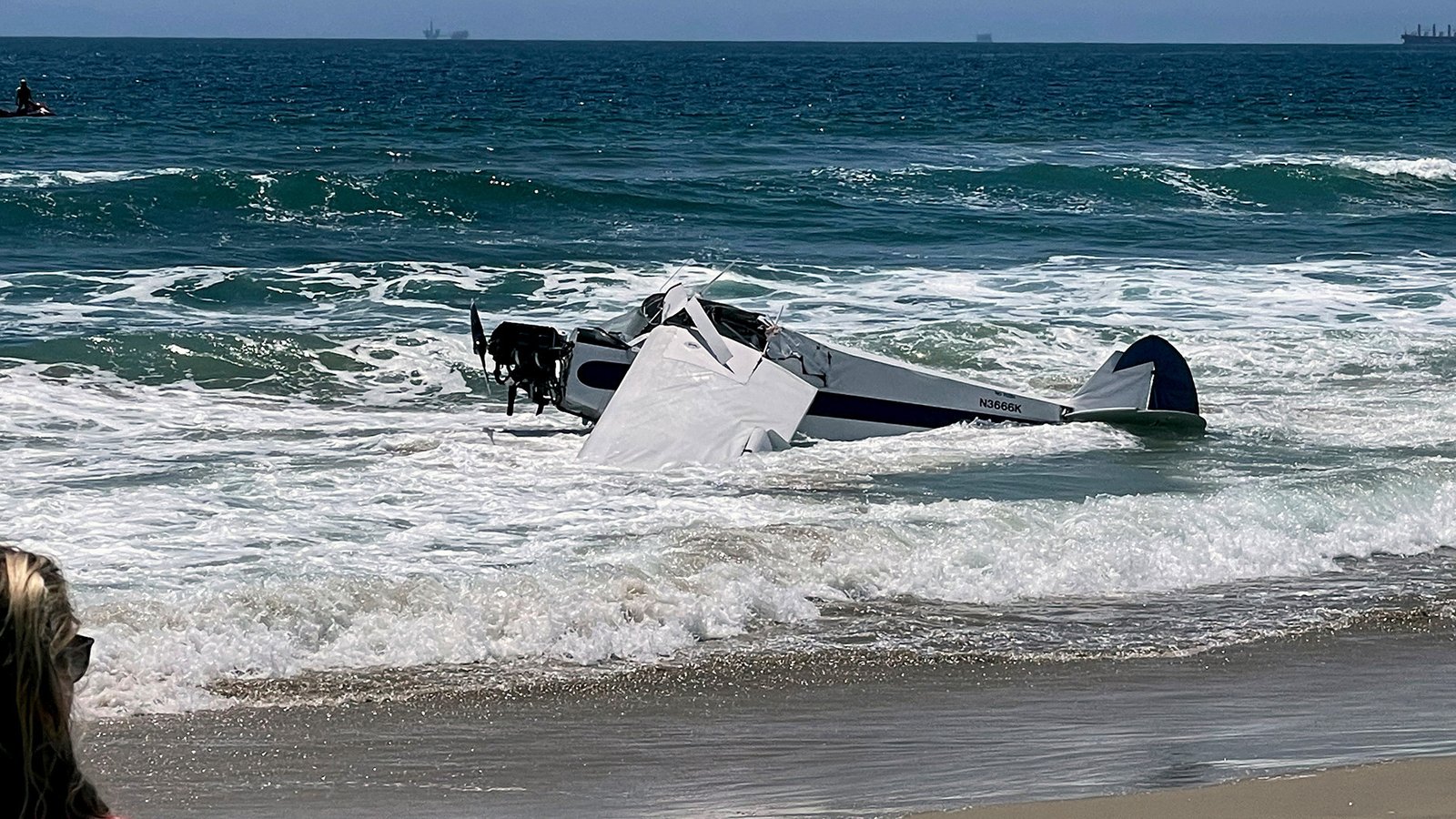 A small plane towing a banner crashed in the ocean Friday during a lifeguard competition that turned into a real-life rescue along Southern California’s popular Huntington Beach.

Corinne Baginski was at the beach for her 17-year-old daughter’s races in the junior lifeguarding division around 1:30 p.m. when she heard the sound of the aircraft slamming into the water. She instinctively turned to the tent where the teens were waiting for the next event to begin as part of the 2022 California Surf Lifesaving Association Junior Lifeguard Championship.

“I heard a thump and then I looked at the tent and I see all the kids turning and running,” she said.

Like well-trained lifesavers, they ran towards the crash. The young lifeguards were told to stay on the beach, while the professionals quickly paddled out to the single-engine Piper Cub that floated on its wings.

The plane went into the ocean about 30 yards (27 meters) from shore, according to Coast Guard Lt. Sondra-Kay Kneen.

Baginski said the crash happened between events and, thankfully, no was in the water where it splashed down.

The pilot was taken to the hospital with bumps and bruises out of precaution, said Jennifer Carey, a spokesperson for the city of Huntington Beach.