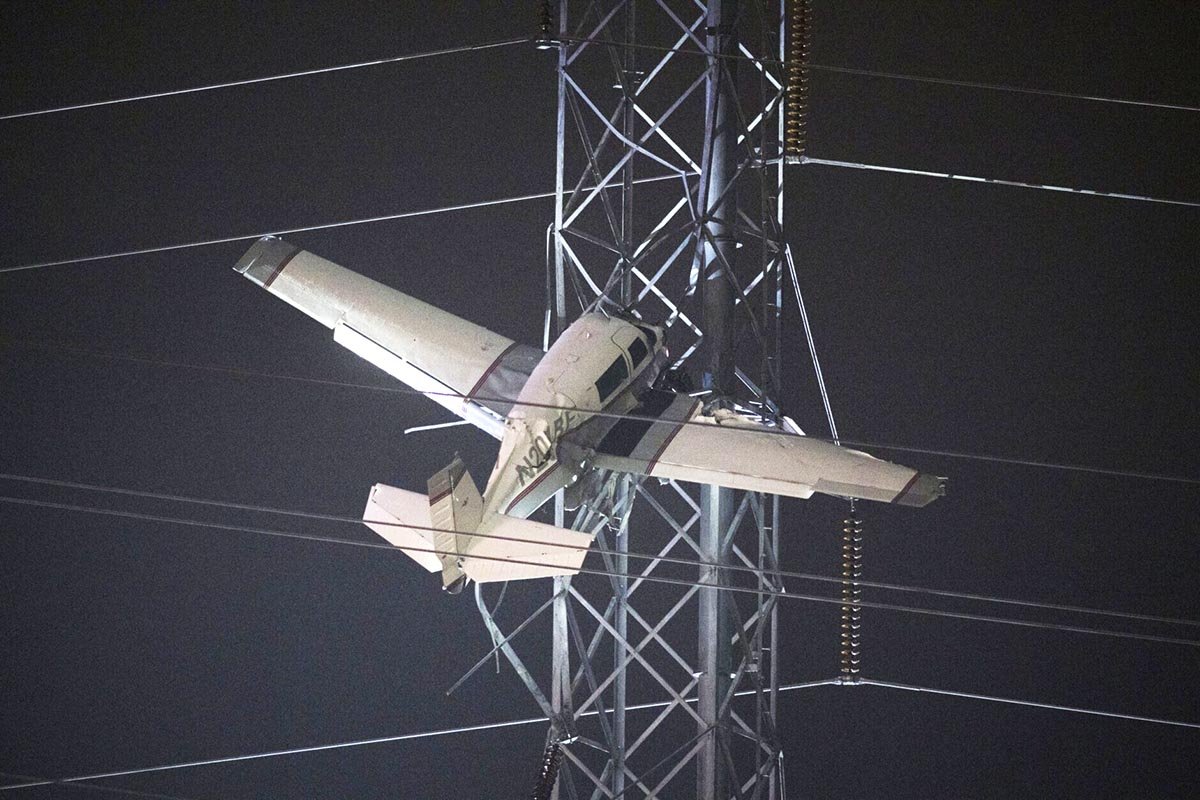 More than 85,000 households across Montgomery County were left without power after a plane crashed into a power lines tower in Gaithersburg on Sunday evening.

First responders said that the crash happened near Rothbury Drive and Goshen Road. The plane was suspended about 100 feet in the air.

The plane that hit the lines was a 45-year-old Mooney M20. The plane took off from West Chester Airport in New York, bound for Montgomery County Airpark in Gaithersburg, Md.

Montgomery County Public Schools tweeted that schools and offices would be closed Monday, Nov. 28, due to the power outages and its “impact on safety and school operations.”

Both people were freed from the plane one at a time after almost seven hours trapped in the plane.