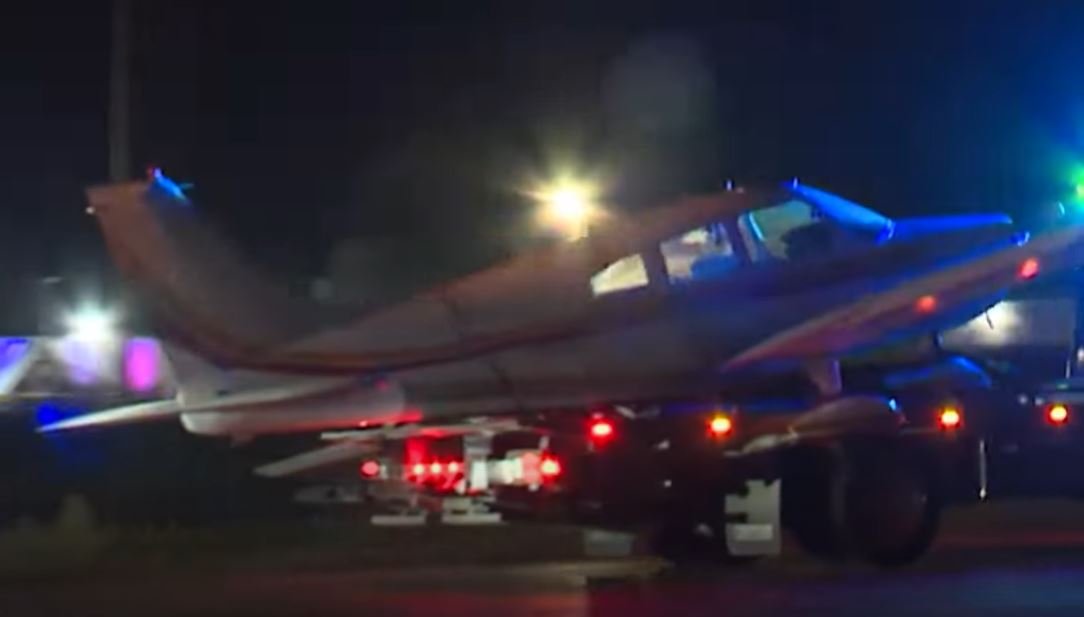 A ‘drunk’ pilot has been arrested after flying his light aircraft from Florida to Missouri before landing on the interstate.

John T. Seesing, 35, of Prairie Village, Kansas, landed a small aircraft on I-70 near Grain Valley around 2.45am on Friday.

Missouri State Highway Patrol (MSHP) said it believes Seesing was headed toward the Wheeler Downtown Airport in Kansas City when he ran out of fuel and had to make an emergency landing on the highway.

Seesing was the only passenger on board the aircraft and he sustained minor injuries.

The Kansan radioed in before landing and had a small collision with a guardrail, but no cars were hit.

MSHP found the man ‘intoxicated’ and arrested him on the scene. He was arrested on suspicion of a DWI, careless actions, felony possession of a controlled substance, felony unlawful possession of a firearm, possession of less than 10 grams of marijuana, and possession of drug paraphernalia, according to the Kansas City Star.

Seesing has since been taken to a local hospital for treatment.

The 35-year-old had a student pilot certificate, which was issued in January 2020, but was not allowed to have passengers.